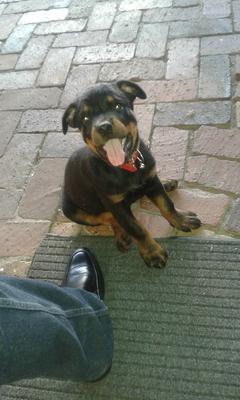 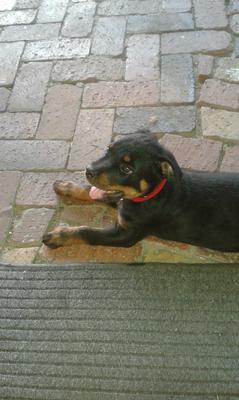 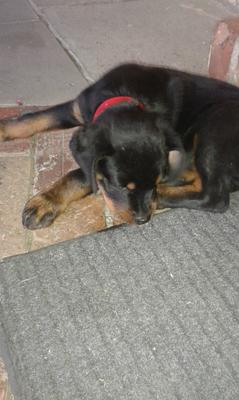 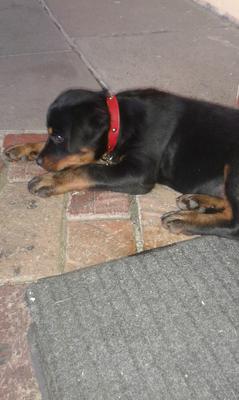 My three month old Rottweiler appears to be really small for his age but he has a big heart. His ears are always flying. I’m afraid of taping his ears but would like it to be placed correctly.

Does anyone know why his so small?

At times I would massage his ear and it would lay flat for like less than a minute and just go back to flying.

Hi Jason. Tyson’s ears do ‘fly’ a little, but it doesn’t look like a major problem. I wouldn’t advise taping them as it probably won’t help and will be uncomfortable for him. Unless he’s a show dog, this is not an issue to worry about.

I can see how they lie down after being massaged, and that’s probably the best route to take. Just do that regularly and it will encourage them to sit properly.

Puppies ears tend to be ‘temperamental’ especially when they’re teething, or excited, or upset…. even as an adult ears can go awry in an emotional situation.

Tyson looks like a lovely little pup so don’t waste energy worrying about his ears, he’s lovely as he is. ~ Sue