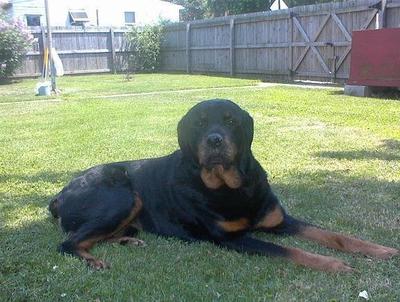 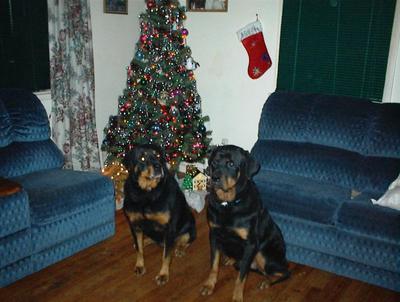 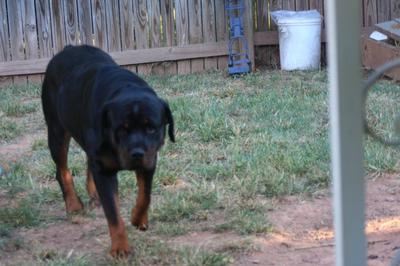 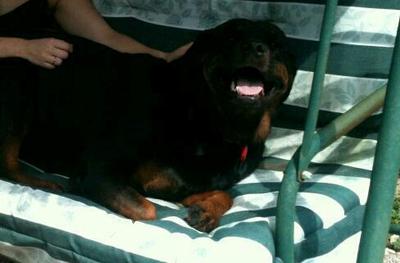 I have owned four Rottweiler’s in my life

A male named Schultzie (1989-1998) sadly no more photos exist, lost in a flood. He liked to carry around bowling balls.

A female named Sara (1997-2005) who liked to jump in the air barking & growling when hot air balloons passed over during the summer.

A male named Falco (1998-2007) who was very big, sometimes dopey like, but very very loving to all living things.

A female named Ziggy (2008-now) who looks a lot like Falco, and is like him in the fact that she loves all living things, she is the calmest Rottweiler I have ever met, since she grown up with cats, she growls when sleeping or getting pet, it’s her own way of purring.