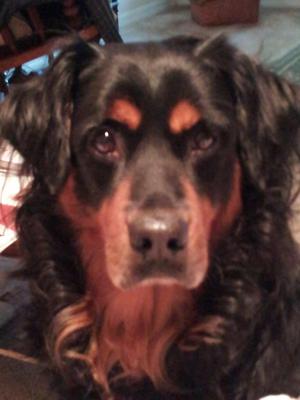 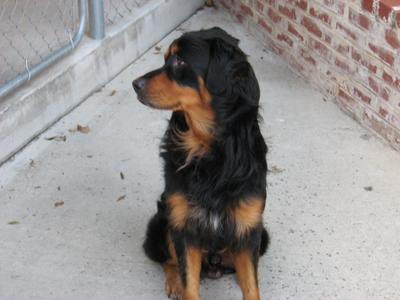 Blackey came into my life like most strays. He was wandering the neighborhood for about a week. I was finally able to convince him I was not going to hurt him.

He apparently had been wandering for a while. His coat was matted and had ticks. Only to find out, after a trip to the vet he was heart worm positive. My wife and I could not put him down, so we did the treatment to rid him of heart worms. Two months later, he was tested again, and he was heart worm free.

We originally planed on adopting him out, as we already have four small dogs, three are rescue. But I fell in love with the gentle giant, and we kept him. He is the most lovable dog, and is very appreciative of his new home. He is very tolerant of the small dogs, and loves to go for walks.

He has become my best friend!