Harley Boy at 8 Months and 75 pounds 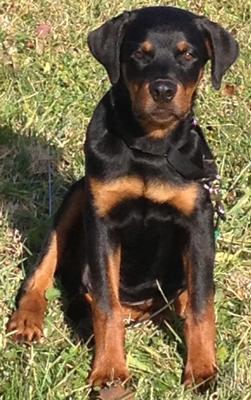 I got Harley Boy when he was almost 6 months old.

I was looking at a Husky pup from the same Breeder, and Harley kinda stared at me like, really? You know I am riding shotgun when you leave here! Sure enough, he was a pup of his word, or bark I should say.

I took him to the pet store for essentials, I look down, he’s GONE. I was like, here we go, lost my pup in the pet store. 30 Seconds later, he finds me as he rounds a corner with a new toy in his mouth, that he picked out. Guess he knew what he was looking for. He’s been the best puppy I have ever had.

My neighbors have 2 Lab Mixes and a Boxer that come down and rough house (playfully) with him. When he was still smaller then them, they pretty much did as they pleased. As he is now 9 months and about 80 pounds of mass, the table has turned. Though he now has the upper hand, he is never aggressive or territorial towards them. He constantly plays and has a great time socializing.

I travel for work quite a bit, and have to board him when I am gone for a week at a time. After thorough research, I found a great place. Colonial K-9 specializes in working and large breed dogs. He gets his own climate control area to himself, the chance to run around and socialize with other dogs being boarded.

MY GF thinks it is funny, they say dogs resemble their owners, well, she’s right. Harley Boy and I are very much alike; stubborn, loyal, and very playful. I could not have scripted a better fit for me and my playtime.