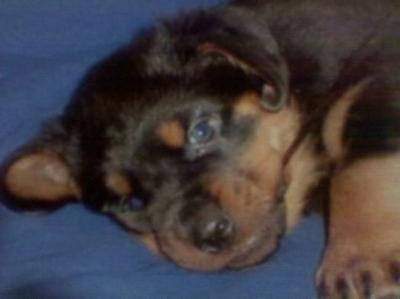 Hannibal is one sweet loving guy, he has been a very loyal companion for my family.

Almost 2 years ago he was near death, he was rushed to emergency with a 104 degree temperature during the summer when temp outside was in high 90’s.. he fought the virus that caused the illness for almost 2 weeks, and overcame it with help of a very caring staff at the animal hospital..since then he has made a full recovery.

Recently during one of his walks with my wife, they were attacked by a pit bull who was off the leash.. the pit went for my wife and Hannibal immediately placed him self between the running oncoming dog and my wife.. the pit jumped for my wife’s upper body and Hannibal countered with jumping in the way and deflecting the pit.. the pit tried several more times to attack my wife and Hannibal blocked him from getting to her.. not once did he use his mouth to ward off the dog which weighed about 80 lbs.. Hannibal is a healthy 140 lbs..

Eventually the owners came and got control over their dog and apologized .. if Hannibal was not with my wife the outcome would have been bad.. possibly fatal.

Hannibal is the 3rd Rottie I have owned and all ” Gentle Ben” , “Bear”, now Hannibal have all been very protective and have a very good temperament toward other pets and humans.. but their protective instinct is also very strong.

I dread the day we will have to say good bye to Hannibal as he is up there in years. The pain of losing such a loyal companion is nothing less than losing a dear family member.. but I will do it all over again with another gentle giant …. wouldn’t have it any other way