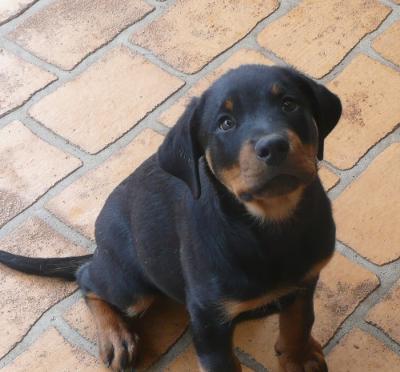 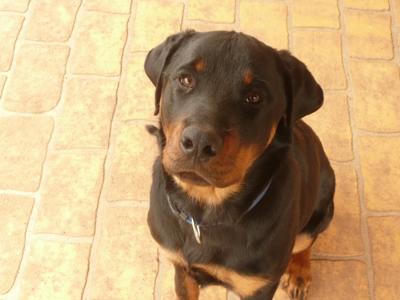 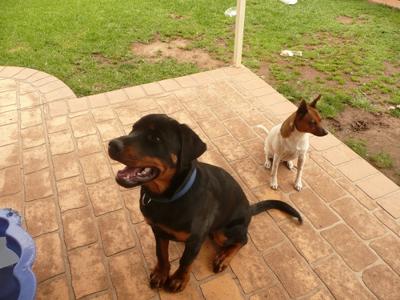 He’s best mate is an 6 year old Foxy named Houdini. They eat, sleep and play together.

Excellent with my younger child, very gentle. The both of them play hide and seek.

He loves people and goes crazy (Happy) but most people get frightened by him as he looks like he is going to kill them but he would rather lick you to death, but i guess if you never had a Rotty then you wouldn’t understand.

They are just big sooks who want a bit of attention from anyone.