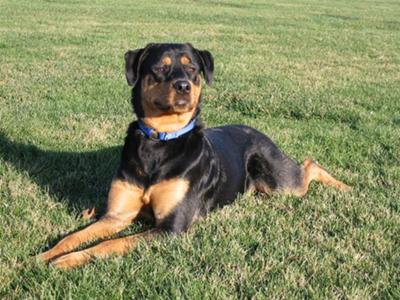 I have a 5 1/2 yr old rotti female and a 6 yr old husky boy. Well today i was on my couch and the rottie walked up to me, looked at me , turned then lifted her leg and urinated on the carpet right next to the couch. I yelled NO and she ran outside through her doggie door. Then she hesitated to come back inside.

She has never done this before. She had an ACL knee operation a couple years ago and even then she got up whimpered and went outside to urinate with her injury. But not tonight. She is definately the Head girl ALFA in charge of the husky, and she tries to pull little stunts on me too like doing whatever she wants until I correct her. She responds well to normal commands, and she has been to numerous obedience classes and done well.

I have no idea why she just urinated on the carpet next to me. It was like she said, hey pay attention to me as she always needs the most attention all the time from everyone. She is also spayed.

Hi Chris
It sounds to me as though your girl was ‘scent-marking’ rather than urinating because she needed to pee. Many people don’t realize that female dogs can do this as well as males.

If she’s the alpha in the household then she was most likely just trying to reinforce her position, and it could also have been a cry for attention if she felt that she was being ignored.

If she does this again simply correct her with a firm “NO” (no need to shout or smack though), you can give her a quick, firm but gentle, shake with her collar too, then put her outside or in her crate for 10 minutes. Repeat this correction every time she behaves this way and she’ll soon get the picture!

It sounds as though overall she’s a great girl, just a little strong-willed (not unusual for a Rottie) so I wouldn’t be too concerned about this right now. Best of luck.